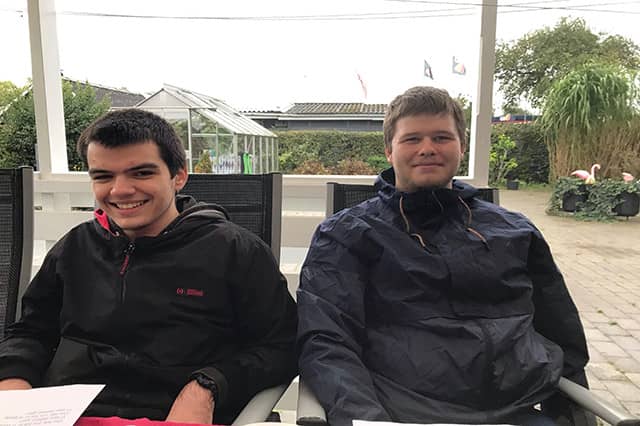 I found out about Dan-Bul Study when I started looking more thoroughly for information about the education in Denmark. Right there I sent them a short inquiry. What surprised me was the almost immediate response at 11 PM, followed by a serious conversation about my future. Shortly before Christmas, I was sure I wanted to study in Denmark.

I faced several major problems – the first and perhaps most stressful was the motivation letter, because I had never written one and very often did not know how to move on while writing it. At the beginning, I had no idea how I was gonna make it, but with the necessary help and corrections, everything turned out simply great. The speed was unreal – I was getting help very quickly and effectively all the time.

Then there was the accommodation, but in May I already had one, which calmed me down. However, the contract I received was entirely in Danish and I froze. Everything was resolved very quickly, along with the payment itself and the deposit. It was a lot of money and to be honest, I was worried if everything would be OK. The good thing was that I had a constant contact with DanBul Study and I was getting answers to every question right away. This made me absolutely calm, regardless of the situation. The friendly attitude, combined with competence, was always on the right level. It is obvious when someone knows his job – they just know what to do in certain situations.

Another important moment was the motivation I was constantly getting to complete my tasks. The preparation for the submission of the documents was a great personal achievement for me. I managed to get several certificates for my specialty, which took me several months of studying! The good thing is that I had time to complete the courses. Last but not least was the interview, but I did the necessary preparation and it went well! I had personal access to the application platform, which made me sure that everything was OK.

I highly doubt that most of the students would have spent so much time preparing. You might think it’s an easy job, but it’s not really that easy. I am happy that I made all these efforts – after all, it is for me, and I was accepted.

I would say that my path was easy because I knew that when I had a question or a problem, I would always get a quick answer. I didn’t have to go to offices or make phone calls – everything was done online, which saved me a lot of time. The speed of DanBul Study exceeded my expectations! I really didn’t expect it. I guess it was the same with the other students. Every penny my parents paid was worth it. I don’t think anyone anywhere can offer me such a service…

The contacts of students from my city also helped me a lot. Without their help I would not know half the things about my city and these are quite important! Additionally, they helped me organize the trip to Viborg! Accommodation, contracts in Danish, these were problem-free for me, because I was helped for that, and if you don’t know the language, it’s very difficult!

After my admission DanBul Study asked me what was I missing to improve their services with the future students. However, I got everything I needed! If you continue in the same spirit, it will be truly amazing!

The page you requested could not be found. Try refining your search, or use the navigation above to locate the post.